Who is Mo vlogs and what is his net worth? 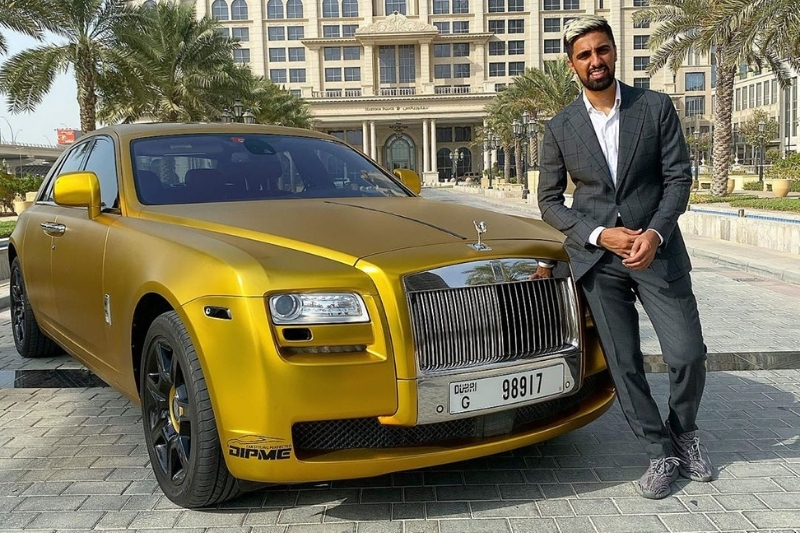 Mo Vlogs is a popular YouTube channel where YouTuber Mohamed Beiraghdary who goes by the name Mo Vlogs presents his videos almost daily. These videos are about supercars and Dubai’s luxury homes and villas. The first Mo Vlogs was introduced in December 2014, and it was called My First Vlog.

In the last 5 years, this YouTube channel has become one of the most sensational and successful vlogs in its niche – Dubai’s luxurious lifestyle, homes and villas and supercars.

Until 2016, nobody talked about Mo Vlogs’ net worth. Subsequently, he was pegged to be worth $2 million in 2017. He was referred to be worth 2 million for the next 2 years till 2019. In early 2020, Mo Vlogs was estimated to be worth $ 3 million. But later the same year different sources put his net worth to be around $ 7 million. However, there is no official information available about Mo Vlogs net worth. All the figures about his net worth doing the round are estimates made by different industry sources who keep a tab on the income of leading social media personalities and influencers. Nevertheless, Mo Vlogs is becoming all the more popular day by day, and there is a growing curiosity about his total income and net worth.

Is there a link between his vlogs & his net worth?

It is essential to understand why there is so much interest in Mo Vlogs’ net worth now. With 9 million subscribers to his YouTube channel, he is a significant and influential social media personality, no doubt!

If you have been watching his viral videos like millions of other viewers around the globe. This young man who is now 25 years old and his sister Parisa who accompanies Mo Vlogs in almost all his videos showcase the rich and luxurious lifestyle of Dubai. Both keep checking out one expensive villa after another flanked by their supercars in bright Dubai daylight.

Their attempts to show wealth and luxury are unbiased and unapologetic. In the video, both claim to own some of these supercars and buildings in Dubai.

Mo Vlog showcases what best Dubai has to offer

Dubai is an international city with iconic buildings and theme villas that give this city its most recognizable identity. The real estate sector is a thriving industry that sees investments from both individual investors and big corporations from around the globe. It’s one of the most active business and leisure destinations in this part of the world.

Mo Vlogs showcases what best Dubai has to offer in terms of real estate and wealthy living. Mo Vlogs shows how the city is the perfect place to drive the most expensive cars in the world. Mo Vlogs is bang on when it comes to hitting the target audience.

There is a large section of the world population who is hooked to the meteoric rise of Dubai’s economy. With the real estate sector, and international investments are keeping the overall picture as bright as Mo Vlogs videos.

Is there a business behind the scene?

So far, not much is known about Mo Vlogs finances. But industry insiders believe his 9 million strong subscribers on YouTube earn him close to $3,000 daily through AdSense.

Some people believe when he highlights a particular car or real estate project, he gets money for promoting these projects.

Some people also think that Mo Vlogs is produced by some unseen businessmen who use Mo Vlogs’ talent for video presentation. These businessmen promote different real estate projects and car brands through Mo Vlogs.

If Mo Vlog is part of a big business plan, nobody is complaining. It may be a business understanding that benefits both Mo Vlogs and his business associates.

However, Mo Vlog has never admitted that his videos are produced by a group of businessmen. He says he and his sisters are the producers of the videos and they are huge fans of Dubai’s homes and villas as well as the supercars.

So much so good! The viewers are anyway a big fan of this brother-sister duo who brings the brightest and most exciting things to their viewers worldwide. The production quality of the videos is very high, and they don’t look to be the work of a few individuals.

These videos daily is undoubtedly a result of a professional team working hard behind the scene.

How was Mo Vlogs started?

When Mo Vlogs was studying in the UK, he ran a YouTube channel on gaming called t0, but it was not much successful. But it seems he gained some vital experience and knowledge about social media and how one can make it big on these platforms.

Then he started blogging about supercars and his life in Dubai which, according to his vlogs, was centred around billionaire boys, luxury villas, and supercars. He started the blog towards his final days at the UK university where he was studying.

His new theme – supercars — was a heady cocktail and people fell head over heels for his vlogs. Soon Vlogs became hugely popular, and people are started loving him for his Yuub videos. Today, he receives many gifts from his fans across the globe while his most significant source of income seems to be his Youtube channel, Mo Vlogs.

Mo Vlogs became a social media star in a relatively short time. His chief claim to fame has been his awesome videos on supercars in Dubai. He is also active on other social media networks such as Instagram, Facebook, and Twitter.

Mo vlogs real name Mohamed Beiraghdary and was born in March 8th 1995. His father does not live with them, and there is little clarity about why it is so. However, his mother Nadereh Samimi known as Naddia, is sometimes seen in his videos speaking Persian. The family seems to be of Iranian descent. Mo Vlogs lives with his mother and sister in their own house in Dubai.

It seems Mo Vlogs’ father was well educated, and he laid emphasis on his children getting a good education. So, he went to Queen Mary University, London, to study mathematics. He returned to Dubai in 2015 after completing his education. He has always been fond of gaming and videos. Now, his hobby with a little twist has become his profession.

His YouTube channel Mo Vlog is notably a big hit among the youth. His channel has seen more than 100 million views, which is significant for achievement for any social media personality.

Fond of Stylish and Expensive Cars

Mo Vlog is fond of stylish supercars. He owns a fleet of expensive cars that include a Lamborghini Aventador, Ford mustang G, White Ferrari 458 Spider, Mercedes Benz G wagon. He has also been driving McLaren, Pagani, and Bugatti.

Mo Vlogs’ sister is often seen accompanying him and presenting videos with him. Her name is Parisa Beiraghdary, and she is popularly known by her nick, Lana Rose. She is also a popular YouTuber with close to 1 million-strong subscriber base. Her YouTube channel is named Lana Rose, and she uploads makeup tutorial videos.

Taking an interest in the fashion industry, he has recently launched a T-shirt with the Mo Vlogs initial MV as the brand name. Recently, he also launched his first music video Mo Vlogs – Feel Like The Man on his channel. It was hugely liked and became instantly viral.

Mo has also collaborated with other popular YouTubers such as Logan Paul, KSI, Inanna Sarkis, Roman Atwood, and Adam Saleh. He has even met many international personalities such as Bollywood star Salman Khan. His friends in Dubai include Rashed, who is one of the wealthiest entrepreneurs.

Recently, the news was doing the rounds that Mo Vlogs is in a relationship with famous YouTuber Narin who is originally from Sriya but lives permanently in Sweden. Her channel is known as Narins Beauty, and she uploads fashion and beauty related videos on her channel. Her channel has over 2.3 million subscribers.

Mo Vlogs is a very famous YouTube Channel where Mohamed Beiraghdary, accompanied by his sister, presents hugely famous vlogs about luxury cars and Dubai’s real estate projects. This 25-year-old social media sensation is one of the hottest talents of social media today. There are about 9 million subscribers to the channel