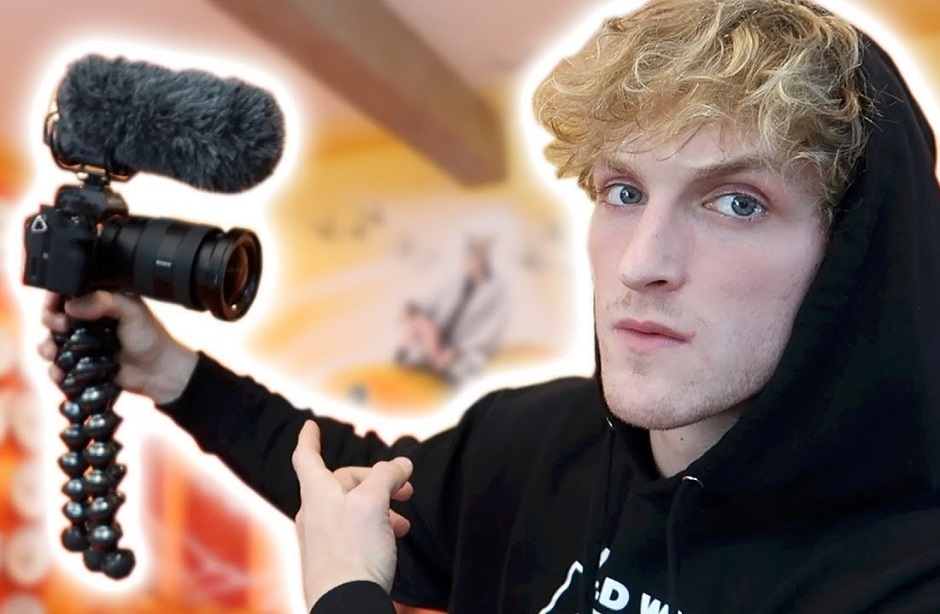 Almost everyone who watches YouTube often might have heard about the famous YouTube star Logan Paul. Logan Paul is known for often sparking controversies and keeping his place in the Limelight. There are fair chances that you might have come across his name but didn’t care enough to research about him. So anyone who is new to YouTube and wants to know why is Logan Paul famous can go through the information stated below.

Let’s start from the beginning: Logan Paul gained recognition from a famous video-sharing application named Vine, from where he got a huge fan base of followers in Millions. After wine got taken down, he shared his content from the famous video sharing platform YouTube and to date his channel has grown massively as one of the single person-based channels with the most views on YouTube with more than 4.7 billion video views.

Logan Paul later converted his YouTube Logan Paul Vlog based fame into other career avenues, as you can see him getting featured in aired television shows like “Law and Order: SVU” and movies like “The Thinning.” Also, he released music, and his music composes are more on the fun side instead of producing serious singles.

Why is Logan Paul Famous?

At beginning Logan Paul got recognition from the famous video-sharing application vine, the social media space where users recorded six-second length videos. Logan Paul also made comedy sketches on Vine along with other renowned Viners, which drew a massive follower count in millions. After the shut-down of Vine app during the year 2017, Logan Paul created a Youtube channel and started posting daily vlogs on it.

Besides Logan Paul Vlog, he also began building a huge user following in different social media platforms such as Instagram, Snapchat and Facebook and soon expanded his reach out of the internet. He also appeared in different TV shows like “Stitchers’ and “Weird Loners.”

He landed different roles in movies either as the lead or the main character. Logan Paul also co-wrote and was starred in “Airplane Mode”.

Why Many People Hate Logan Paul?

Logan Paul has also caught a lot of hatred but most people don’t know why do people hate Logan Paul in the first place. However, besides all the internet and television fame, Logan Paul sparked a lot of controversy and outrage, mainly at the time when he showed a corpse while filming one video in “Suicide Forest.” Japan. Also, he jokingly took part in “Tide Pod challenge,” pretended to provide CPR to a fish, and tasered two dead rats.

All latter incidents happened shortly after he returned back to Youtube after he took a break following controversy of Logan Paul Japan vlog “Suicide Forest”. As an outcome, YouTube also suspended all ad revenue on the videos because of “pattern of behavior. Since then he changed most of his content after apologizing to the audience. Now he runs a podcast named “Impaulsive,” with more than 2 million YouTube subscribers.

Also many times, Logan Paul spoke insensitively about Asian people on social media more than once, while tweeting about encounters with “little Asian boys.” and “little Asian ladies. Keeping that in mind, the setting of the main controversial vlog in Aokigahara forest in Japan, also known as the “suicide forest” – is also more incendiary.

His brother Jake Paul is also been accused of using homophobic and racial slurs, for which he apologized later.

A major part of Logan and Jake Paul’s social media influencer career is vlogging on Youtube. Besides them, there are many other popular vloggers on Youtube who’ve turned their vlogs into a full-time revenue source from Youtube. You can also create vlogs like Youtube Logan Paul vlog through some fine tips. Let’s get insights about the best vlogging cameras intros gears transitions and a lot more!

It isn’t simple to have good vlog content. It is common for vloggers to become lazy and they start vlogging mundance routines. When you’re in this group, it’s best to begin cutting the vlog length and focusing mainly on making compelling content. You can get more interesting with:

1.Look out for Trends

It’s important to have interesting vlogs and keeping up with present trends of social media. It is also a fine way of getting noticed through other subscribers. Make sure to keep up with renowned Youtubers and form a unique version of their works.

New vloggers who are starting out often see Logan Paul as an inspiration and they wish to know how to vlog like Logan Paul. Beginners know that vlogging isn’t that easy. Getting confident while talking to camera in public requires patience and time! When you’re comfortable watching your vlogs, the audience will also be. When you’re skeptical about getting on camera, a good alternative would be to remain behind the lens with only audible voice. You can talk with others and film responses.

3. Make sure to include good transitions

Unique transitions are a great way to spice up the vlogs. When you’re introducing music in the vlog background, you would need to sync the transitions with base drops and note changes in the music track.

If you’ve watched Logan Paul new vlog and other vloggers it is among the most vital factor in the vlog. Vlog creators spend a lot of time in searching the right music for fitting the video’s vibe. For this you can make a “No Copryright Sounds” search. Outcomes show various channels of Youtube with many royalty free tracks for the use – however you’ll still need to go over the policies while adding the required links present in video description.

Which is The Personal Favorite Equipment of Logan Paul?

For all personal vlogs, Logan Paul uses his Canon G7X Mark II. It is among the most widely used Youtube vlogging cameras and many creators in the platform prefer it. However, even being multimillionaire, Logan doesn’t only use a single camera. He also uses a few others.

The vlogs are often recorded by someone else. He also endorses super expensive vlogging cameras and has used various action cameras for shooting vlogs. Now to know what vlog equipment does Logan Paul use, here are two other cameras used by Logan Paul for recording his vlogs.

People who watch his channel know that his vlogs often get intense, and sometimes he gets into situations where regular cameras become damaged. For recording in action situations, Logan and his team make use of GoPro HERO5 Black edition for recording vlog footage.

Another camera that he uses is the Sony A7S II which is highly popular among YouTubers with many features such as accurate autofocus, compact and lightweight body, high ISO range, etc.

You can also consider action cameras from the Go Pro series if you’re willing to make high-energy videos such as Logan Paul’s.

How To Edit Vlog Videos?

Either a single tool for editing is used by vloggers or a few. This mostly depends on the type of videos that are made.

For example, when the person wishes to Vlog on Instagram YouTube or TikTok, then it also determines the used editing software. However, a few people also stick with a single editing tool – irrespective of the type of video they’re producing.

iMovie is a real friendly app for beginners as it doesn’t have an unnecessary interface of drag and drop, but it also supports 4K video resolution. Also you can add text along with many effects. It also has trailer templates when you’re made a short movie. Unfortunately, iMovie can’t be available for Windows, but you can have it on iOS devices and Mac OS.

ZShot is a highly powerful editor that can be used on your smartphone. It allows you to adjust the speed, merge videos, delete the middle part of the video, add up background music, add emojis and texts, or much more. Best of all, zShot is a document scanner, slideshow creator, and photo editor. All such things in an app. Also, it is completely free.

How Much Does Logan Paul Earn?

According to wealthy Gorilla total Net worth of Logan Paul is about $19 million.

Between merchandise sales, ad sponsors, and ad revenue from Youtube on his podcast (along with other revenue streams), Logan Paul hauls in millions annually. Forbes stated that the Youtube fame earned around 14.5 million besides the fees and taxes between June 1, 2017, and June 1, 2018.

Logan Paul Vlog channel is among the 125 top YouTube channels, ranked through subscribers with more than 19.9 million views.