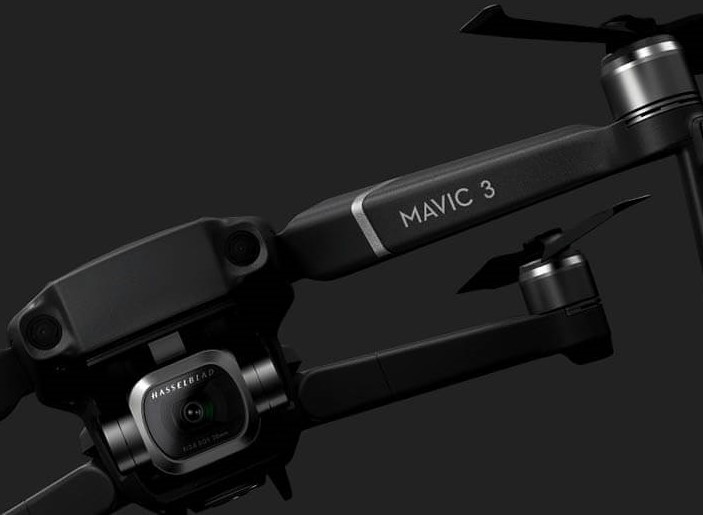 The Mavic line is without a doubt one of the main reasons for DJI’s success. The original Mavic Pro released in 2016 was a hit and game-changer in the drone industry.

And now the DJI Mavic 3 Pro drone is getting ready for launch. Almost all the technical characteristics of this drone are leaked. It is reported that the new drone has significant improvements in terms of autonomy and camera. Compared to the Mavic 2 Pro and Mavic Air 2S models.

The flight time of the DJI Mavic 3 Pro will be up to 46 minutes in ideal conditions, unlike the Mavic 2, which provided up to 31 minutes of flight time. The feature will equipt with two large camera modules. Among them, the main 20-megapixel wide-angle sensor with a focal length of 24mm and an aperture of f / 2.8. The second sensor has a resolution of 12 megapixels is equipped with a telephoto lens with a focal length of 160mm. Both modules are capable of capturing 5.2K video.

Among the proprietary DJI modes, it is worth noting the obstacle avoidance function. As well as support for intelligent flight modes.

The obstacle sensors in this model position at a slight angle. To give the drone a wider field of view for better obstacle avoidance.

The upcoming DJI Mavic 3 Pro will ship with the Smart Controller V2, which features a new version of OcuSync. A clear image transmits to the remote control screen in real-time from a distance of up to 15km. It is also worth noting that the controller will receive a bright display. With support for FullHD resolution and a maximum display brightness of 1000 nits.

The device will operate on the basis of Android OS and will receive Wi-Fi or LTE communication modules.

As for the battery, its capacity will be 5000mAh. Which will provide up to 3 hours of battery life for the remote control. In addition, the controller will receive a USB-C interface for the charger.