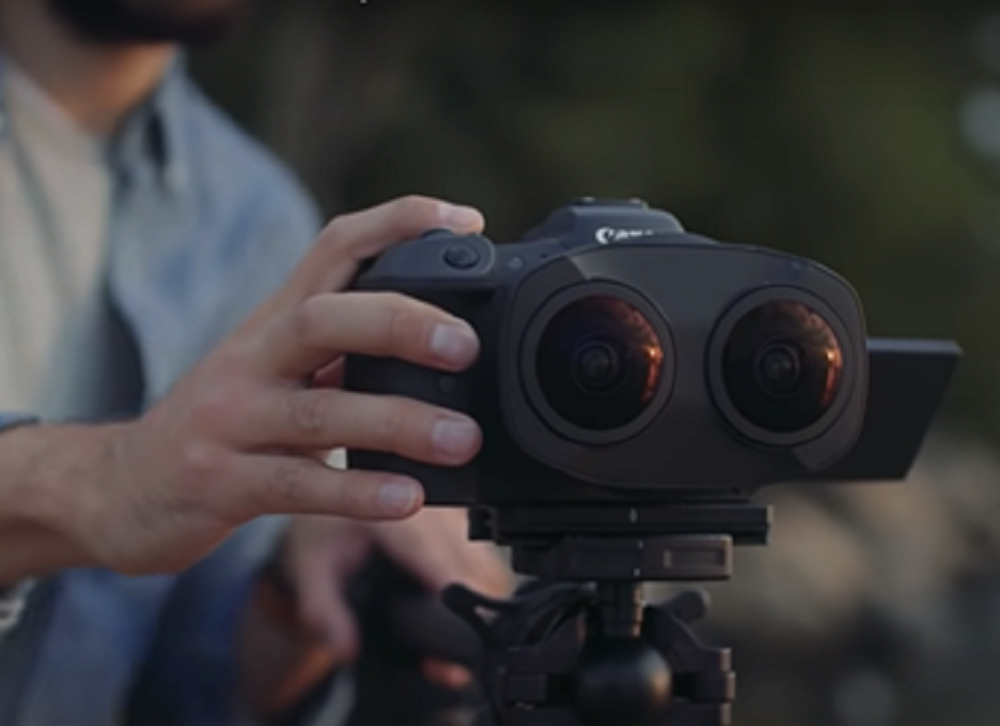 A few days ago Canon officially unveiled its unusual lens for its EOS R series mirrorless cameras. The company is positioning this lens as the world’s 1st Dual Fisheye stereoscopic lens.

It should be said that the novelty is equipped with 2 fisheye lenses. The distance between these Canon lenses is 60mm. With these lenses, you may create 3D images as well as VR video content. According to the company, this lens is the world’s 1st digital lens that can be used to create a 3D VR image. The coverage for each image sensor is 180 degrees.

Canon’s new lens is suitable for shooting 8K movies on the EOS R5. However, for now, only this camera will be able to use the new lens. The company has also released a software update for the R5 camera. The company also released a Premiere Pro plug-in and a dedicated EOS VR Utility software for converting media files.

It should be added that the company will provide this software by subscription. The new lens will go on sale in December. That being said, its cost could probably be around $2,000.