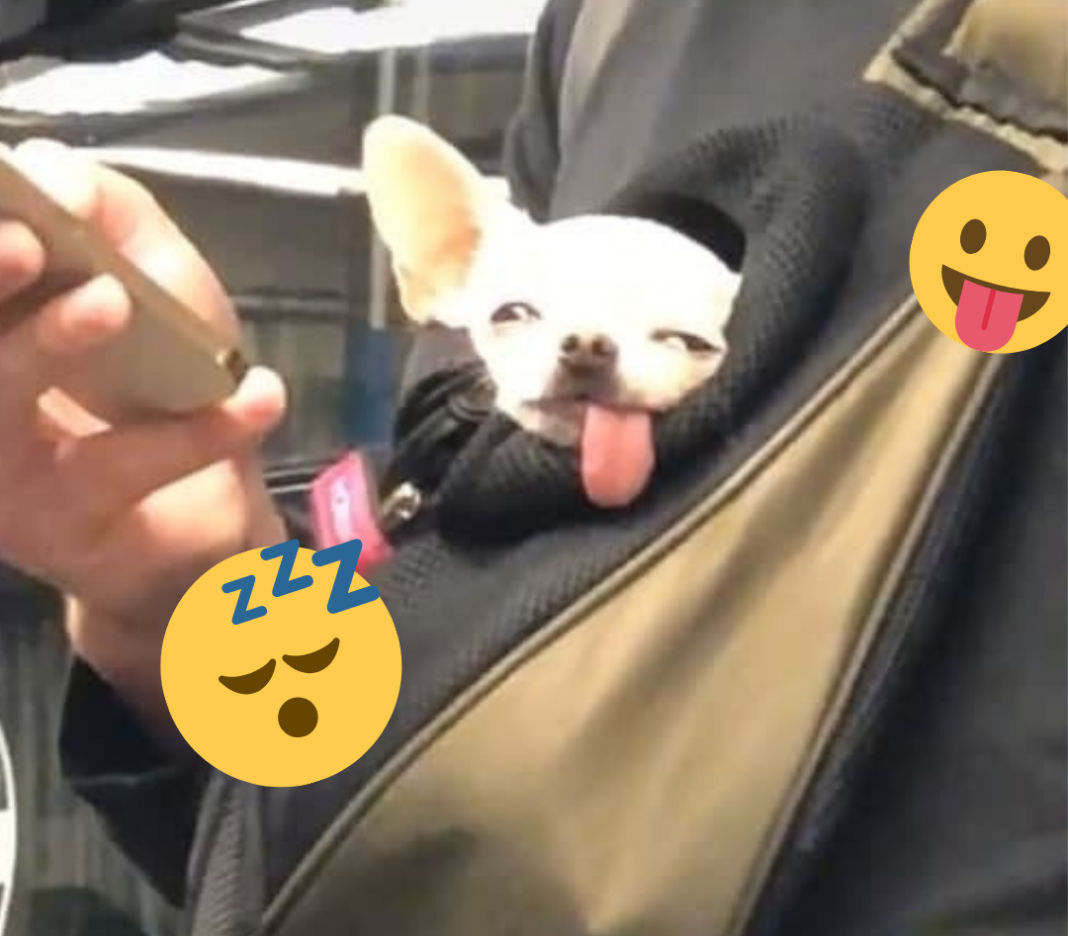 A tired Chihuahua stuck out his tongue and became a TikTok star, as the dog reminded people of themselves at the end of the working day.

The funny cute Chihuahua shows his tongue in the video and symbolises fatigue that grips people at the end of the working day.

While some viewers laugh and compare themselves to the Chihuahua, others commented about the state of dog’s health.

Pets often can make us laugh and conquering hundreds of thousands of views on social media with their funny actions.

So the Chihuahua became viral on TikTok. The creator of the video, akhmadsdiary, had noticed the small dog during a trip on the metro and decided to share his find with TikTok users.

A tiny dog sitting in a bag on the owner’s chest. It seems that during a short trip the small fella got tired and decided to take a nap and stuck out his tongue in a funny way. Thousands of people commented on the video.

We think this video may become an excellent source for creating memes.